Types of Air-Conditioners in Singapore

Living in Singapore can be very frustrating at times, because of the occasional burning climate. Yet, with the help of air-conditioner system, we can relax and work with cool temperatures in our homes or workplaces, regardless of the scorching weather outside.

The invention of air-conditioners happened in the early long stretches of the nineteenth century. A significant number of humans thought it was a brilliant machine, where all things considered, the units were one of the machines at the time that could control the indoor temperature These early inventions did minimally it could to provide cooling air to the room.

Today, with the advancement of new technology in the air-conditioners. Modern units could accomplish such a great deal more. For example, they remove heat from the air and cool a room, other than that, dehumidification and air purification are some of the additional features it provide as well. Truth be told, practically all advanced units have new features that result in building a sturdy and multi-useful machines.  If you are looking for new units for your home or office, you should familiarize yourself with the different types of air-conditioning in the market.

Likely the “standard” and most well-known type of units that are installed across Singapore households including HDB flats, Condominium, and Landed properties. There are huge loads of brands that provide such type of units for consumers across the nation. These types of units are appropriate for little living spaces, as they occupy less indoor area as compared to other types of air-conditioners. Its main advantage would be sleek design, compact and quiet. Thus, it’s no big surprise that these units are the most chosen choice for both households and offices. These kinds of units are very well known in exceptionally large areas such as living room or offices. They’re likewise famous in large spaces such as eateries, schools, and hall. Since these types of units are installed in the ceiling or on the floor, the air flow of the units and air circulation would be better as compared to other type of units. This would subsequently lead to an evenly cool area for your offices.

These sorts of units can be concealed above the ceiling, and are typically the best option for any individual who focuses on the aesthetics of the indoor layout. This is because the way the unit is installed and built-in above the ceiling, and able to cool down the room discreetly. This attracts many individuals to install such units. Nonetheless, it is commonly found that such units are installed in commercial building or big office spaces, since these units are complicated and not common for smaller areas. 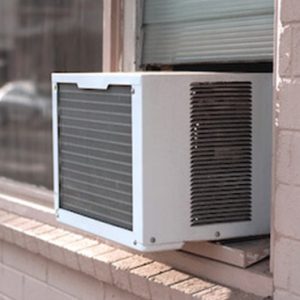 These types of window units were made for little rooms and apartments, since their cooling performance are not as strong as compared to other types of units. However, these units have its advantages as well where since it is installed in windows as compared to installing on the wall or ceiling, they’re known for being easy to install, and help to save space as well. These compact units are great for homeowners who only require small and space saving type of units, also particularly assuming that you’re on a careful spending plan. Some of the common window casement brands are EuropAce and Teno air-conditioners. 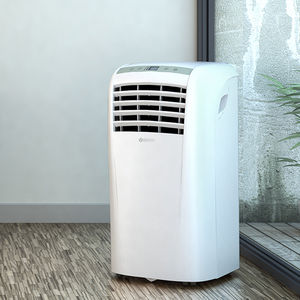 This type of portable air-conditioners do not require any complicated installation process since it is all compact into one unit. These are typically little, compact and smaller size unit where you can move from one area to another depending on your needs. Same likewise with the window casement aircon, these kinds of units would not be preferred if you are living in a big room or bigger apartment as the cooling performance is one of the major factors. Since the portable units are typically smaller in size, they have less proficient cooling performance, and are more suitable for smaller rooms. 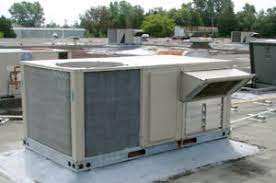 These package types of units are similar to wardrobes where it is generally very enormous and heavy, which look like big monster. Since these units are somewhat old, you can find these units in old buildings such as government workplaces. The upsides of this type of units would be greater cooling performance. The downside would be the energy consumption where it is not energy efficient, and the noise of the units.

Selecting the Best Aircon For Your Home

There are a few points to take note when you are choosing the best type of aircon for your home or office. These include, the area you require the cooling, the cooling performance you required, and your budget as well. For example, if you are on a tight budget and living in a small room, you can go for portable, casement or even wall mounted type air-conditioners. On the other hand, if you are using big office spaces with huge cooling performance, either wall-mounted type or built-in air-conditioners can suit your needs.

What You Should Look Out Before Engaging Aircon Installation
December 21, 2019
Recent Articles
Search
Go to Top